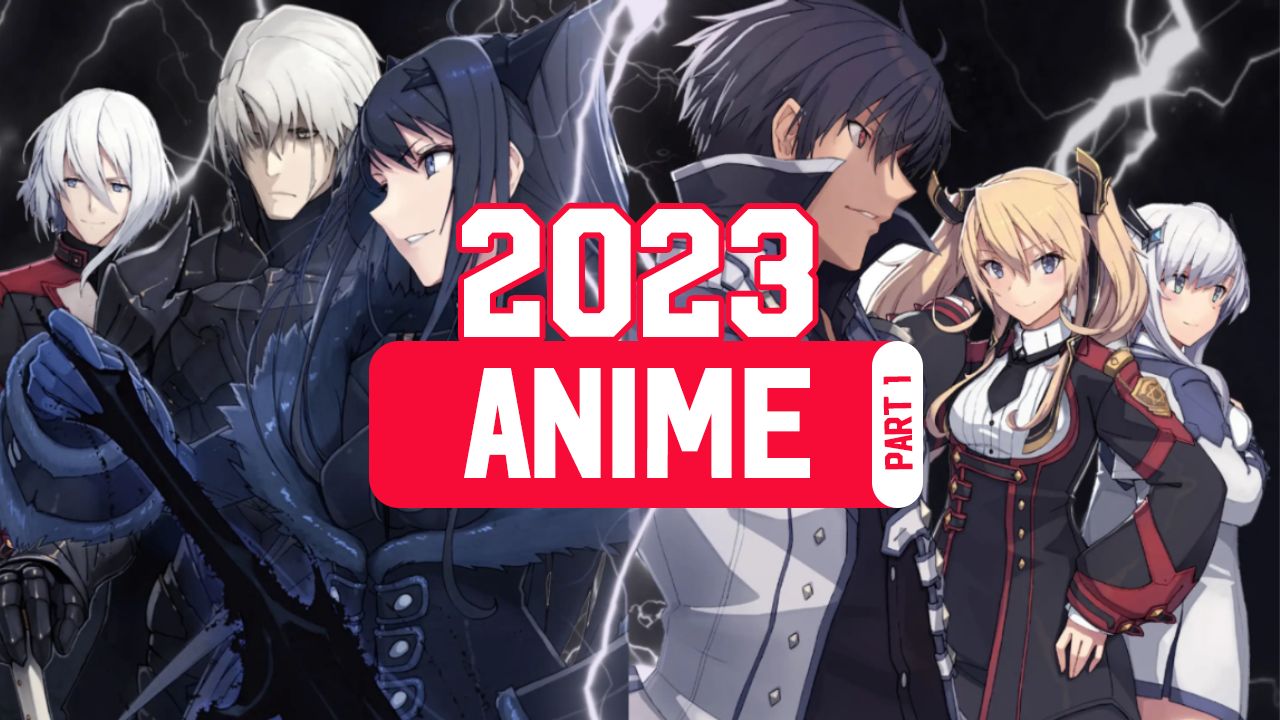 We have a long list of exciting anime we can look forward to this year! So get your snacks, grab a coffee, and get ready to snuggle in bed to watch a few of our top-chosen anime for the year!

The following list includes our top anime that are going to be released during each of the months in the first half of 2023 followed by a narrative so you know a little about the anime and what to expect!

The only months which will not be included in these lists are June, August, September, October, and November which do not have any confirmed anime releases for them as of yet.

The Misfit of Demon King Academy season 2 began airing on the 7th of January 2023 in Japan.

This fantasy *split-cour series originally started as the light web novel of the same name which was written and illustrated by Shu and Yoshinori Shizuma in 2017; a further manga adaption of this novel was created by Kayaharuka in 2018, and the first season of the anime adaption made by Silver Link was released in 2020.

The whole name of this anime is quite the mouth full: “魔王学院の不適合者 ～史上最強の魔王の始祖、転生して子孫たちの学校へ通う～” (Maō Gakuin no Futekigōsha ~Shijō Saikyō no Maō no Shiso, Tensei Shite Shison-tachi no Gakkō e Kayou~). Which translates to “The Misfit of Demon King Academy ~The Strongest Demon King in History, Reincarnates and Attends School for His Descendants~”

The name of the show leaves little to the imagination regarding the storyline. In the distant past, there was a war between humans and demons which brought extreme pandemonium and death to the world. Eventually, the powerful demon, Anos Voldigoad, known for his ruthlessness toward his enemies, gave up his life in the hopes that the war would be resolved and that he would be reincarnated in a peaceful time.

2 000 years after his death, he is reincarnated in the body of one of his descendants and finds that magic’s strength has deteriorated during the time of his absence. To find and inform his true descendants of their master’s return, he attends the Demon King Academy, which was founded after his death to be able to detect him when he finally returned. 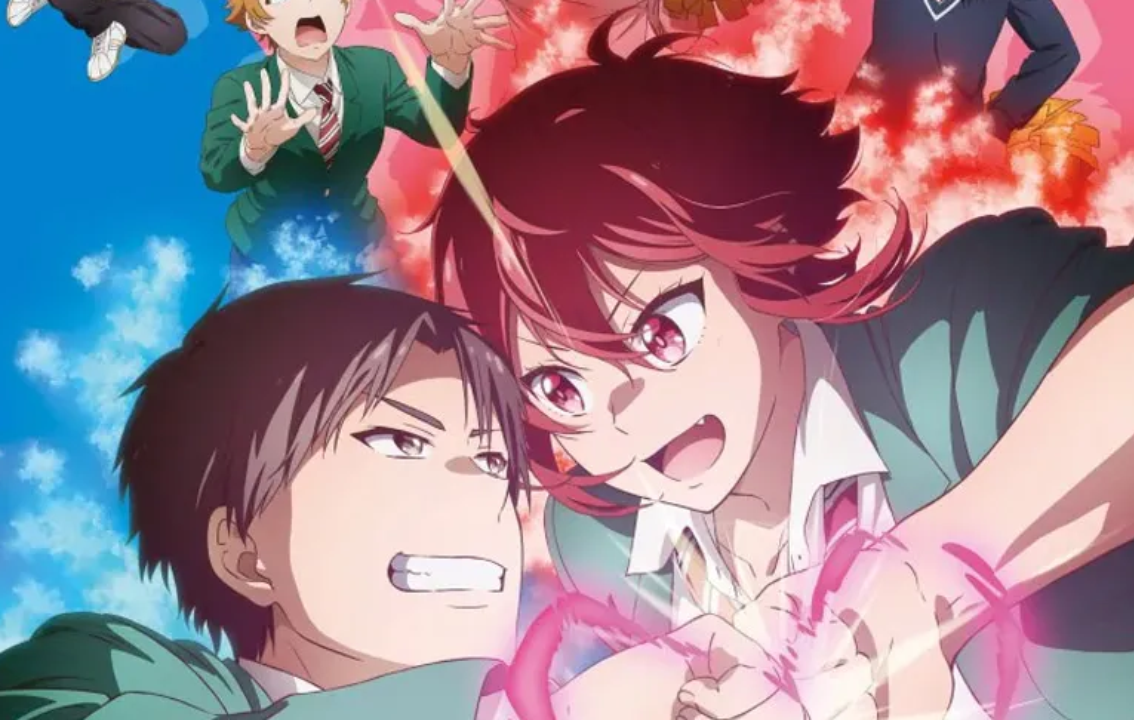 Otherwise known as トモちゃんは女の子!, (Tomo-chan wa On'nanoko!), this series is a romantic comedy anime which premiered on the 5th of January.

This series is based on Fumita Yanagida’s *4-Koma manga which has been published on Twitter since April 2015.

This is an adorable story about the tomboy Tomo Aizawa, and the muscle head Junichirou Kubota, who have been inseparable friends since childhood. Now in high school, Tomo is ready to be more than just friends with Junichirou! There is only one problem... Junichirou has always seen Tomo as “one of the guys”; even more so by the fact that Junichirou spent the longest time not even realizing that Tomo was a girl.

Now Tomo must face the difficult task of trying to make Junichirou see that she is a woman too!

Filled with amusing scenarios and romantic twists, this anime is one to add to the list for anyone who enjoys a good laugh with an even better storyline. 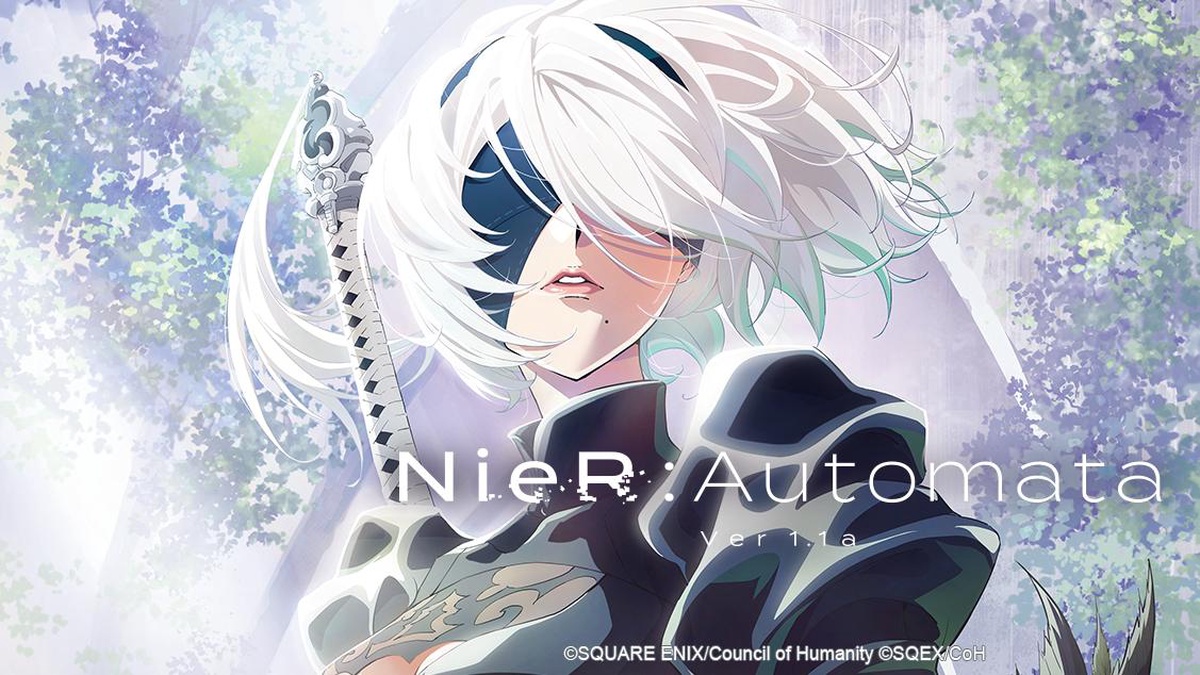 A sword-swinging action anime that will keep you on the edge of your seat – This anime started streaming on Crunchyroll on the 7th of January.

Based on Yoko Taro’s brilliant RPG which was released on the 23rd of February 2017, this anime will throw you back into the game with the same beloved storyline but with new dynamics and angles.

Taking place during post-apocalyptic times, this anime focuses on the android soldiers 2B and 9S, as they fight the machine lifeforms sent by aliens which brought humanity to the brink of extinction. Both 2B and 9S were created by the organisation “YoRHa”. 2B is a Type B (battle) android created to fight the machine lifeforms, while 9S is a scanner android whose speciality lies in investigating and infiltrating.

Watch these robotic soldiers put their lives on the line and fight till the end for the sake of mankind. 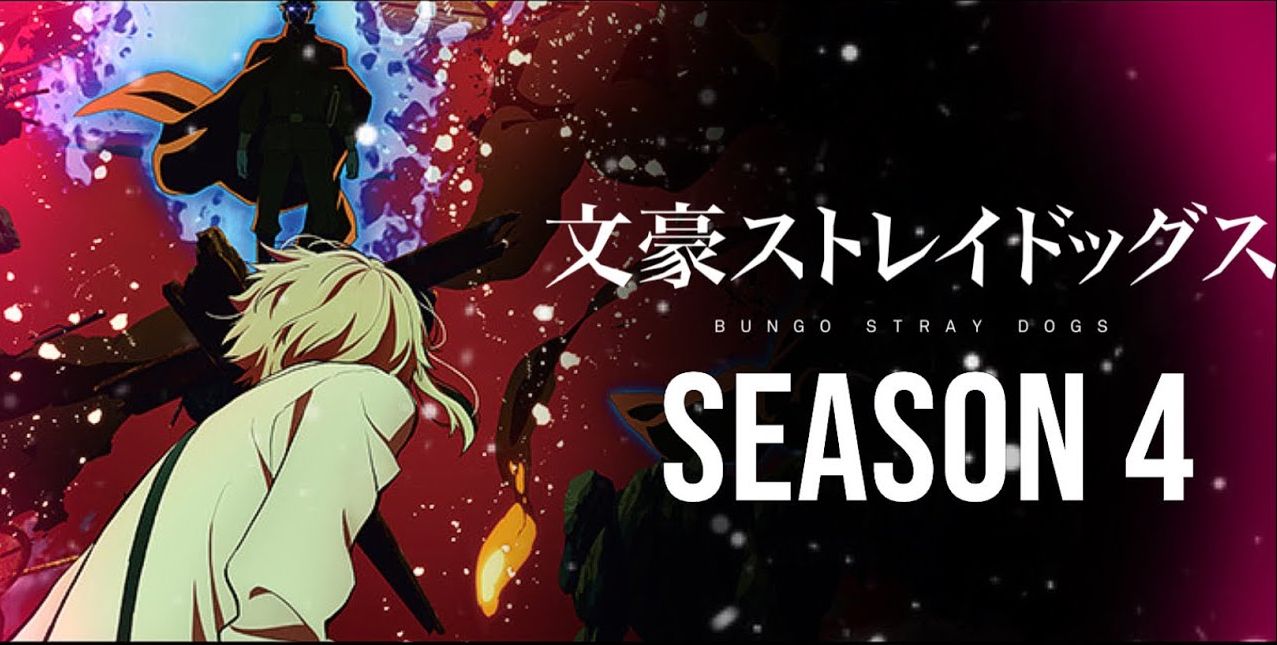 Having waited 7 years for the next season, this anime is back and ready to rumble with its fourth season which premiered on the 4th of January.

This series is a supernatural, action, mystery, shōnen anime which is known for its unique storyline and awesome characters.

The original 2012 manga of the same name was written by Kafka Asagiri and illustrated by Sango Harukawa.

The story focuses on 18-year-old Atsushi Nakajima who, after being kicked out of his orphanage, becomes hungry and lingers near a riverbank where comes across a drowning man and saves him. The man turns out to be a supernatural detective by the name of Osamu Dazai, a whimsical suicide enthusiast, who hires Atsushi to work for the “Armed Detective Agency”.

Much to Atsushi’s surprise it turns out that the agency is filled with people who have special abilities, and he, himself can to transform into a large tiger with his "Beast Beneath the Moonlight" powers. With the agency's unique strength, they are in charge of dealing with issues too dangerous for the police and military to handle.

Atsushi and his newfound team investigate a string of mysterious suicides relating to a peculiar vapour and try to protect Yokohama from the mafia. 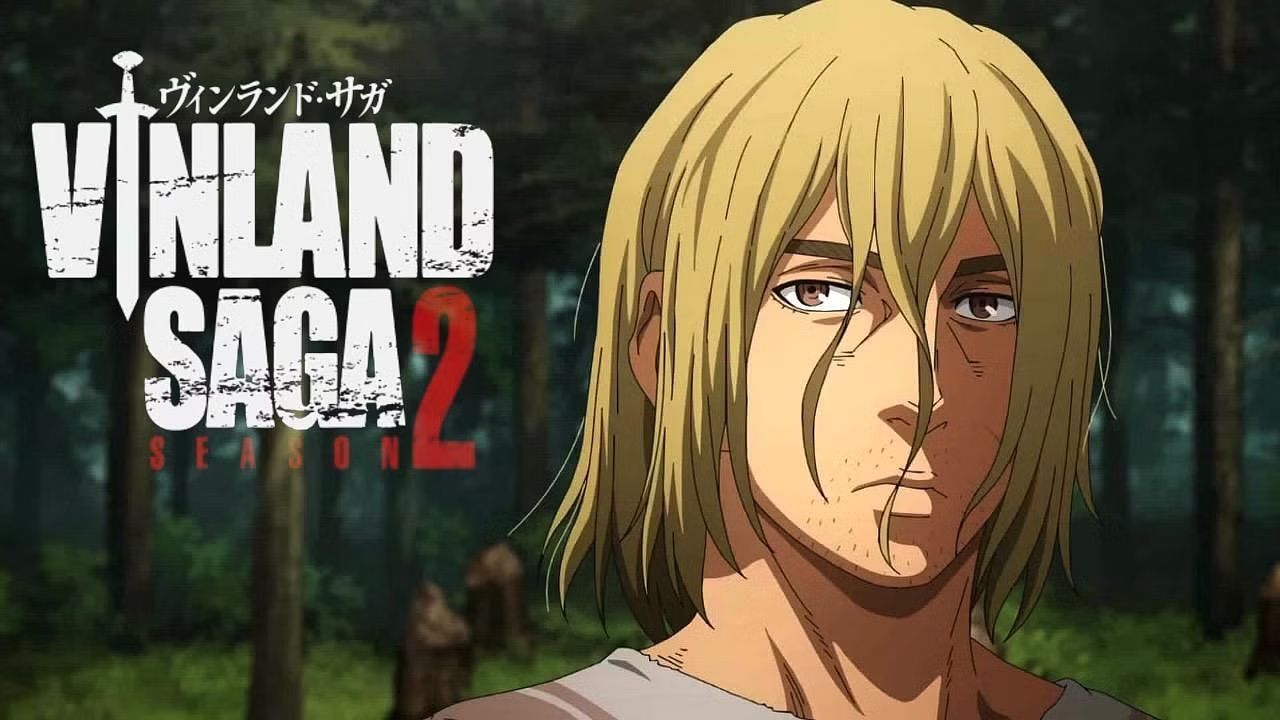 This period show is an action, seinen, and historical fiction anime. The second season premiered on the 10th of January. The original manga on which this show is based was written by Makoto Yukimura in 2005 and is still being published; up ‘till now 26 *tankōbon volumes have been collected.

Set in Northern Europe during the 11th century, this anime focuses on the Danish invaders of England, more commonly known as Vikings. The main protagonist of this story is the young Thorfinn who works alongside his father’s killer, Askeladd, in the hopes that he will one day be able to challenge him and take revenge as an honourable warrior. Unfortunately, things don’t go as he planned and his life changes in ways he would never have suspected.

The second season of this show will be focusing on a slave from England named Einar, who meets Thorfinn while they work on a farm. With 24 episodes set to come out this year, we can see how their journeys will mend and grow together through the long and treacherous lifestyle set ahead for these young Vikings.

This is a Japanese jazz-themed musical drama film anime, which is set to release on the 13th of February.

This anime is directed by Yuzuru Tachikawa and will be brought to you by NUT Animation Studio. The original manga on which this anime is based was both written and illustrated by Shinichi Ishizuka from 2013 to 2016.

The story follows high school student Dai Miyamoto as he tries to figure out what he wants to do with his life. One day, Dai hears jazz playing and finds himself enthralled, especially by the powerful yet smooth sound of the saxophone.

Determined to learn the art of his newfound passion, Dai has to practice every day and overcome many hardships to become the master musician he wishes to be; then prove both to himself, and others, that he has what it takes. 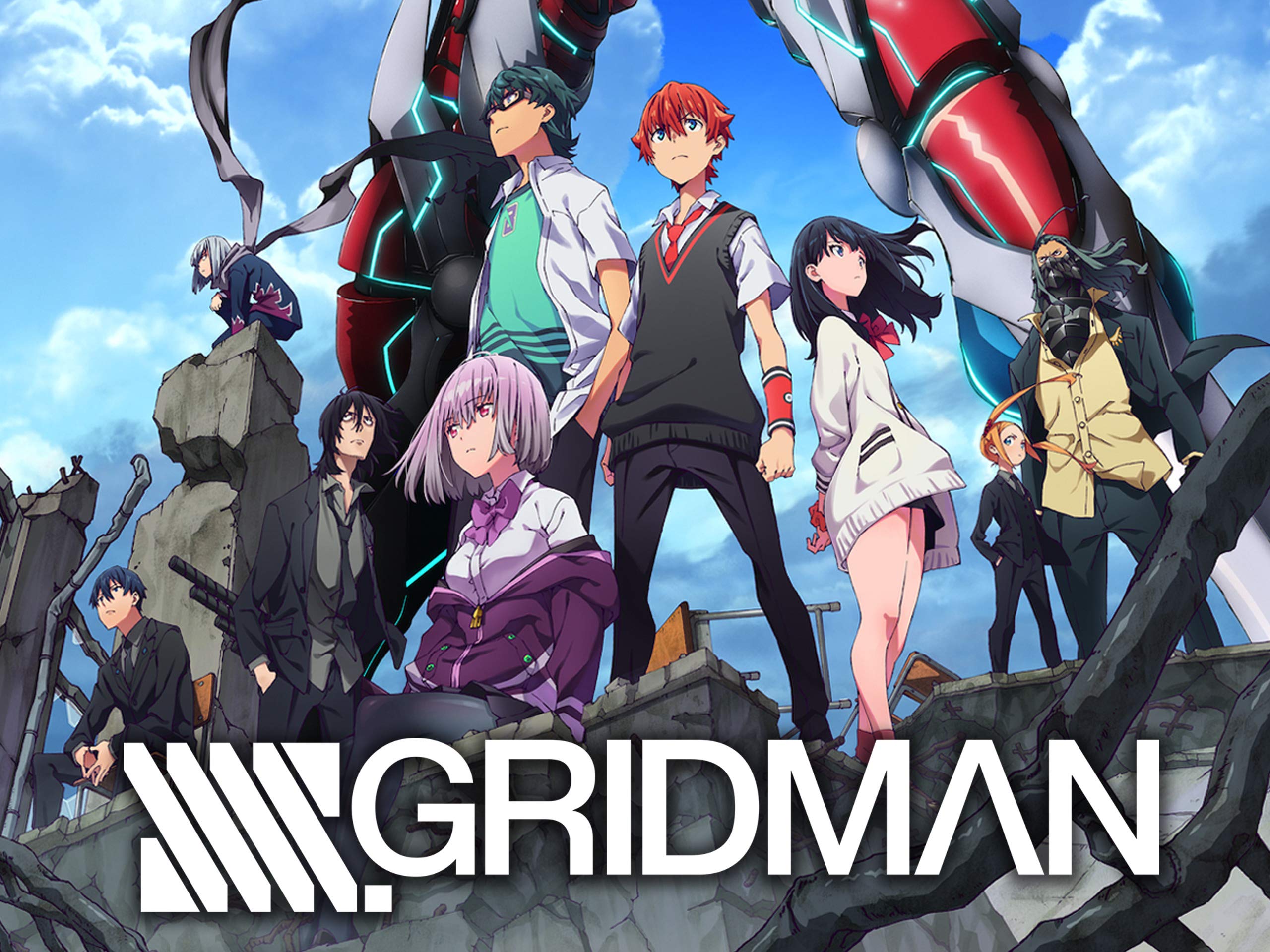 Gridman Universe is a Kaijū, Adventure fiction, and Mache Anime which will be released on 24th March 2023!

This film is meant to serve as a crossover between SSSS.Gridman (2018) and SSSS.Dynazenon (2021) which were based on the 1993 –1994 *tokusatsu series “Denkou Choujin Gridman”, meaning “Gridman the Hyper Agent”. If you have ever watched any of these films and are looking for a dive into the past then this is the film for you.

The director of this anime is Akira Amemiya of Studio Trigger which we have to thank for the release of shows like Kill la Kill, SSSS.Gridman, SSSS.Dynazenon, BNA, and more. Using the style of two previous anime set in different time zones, we will now dive into a new variation of both. 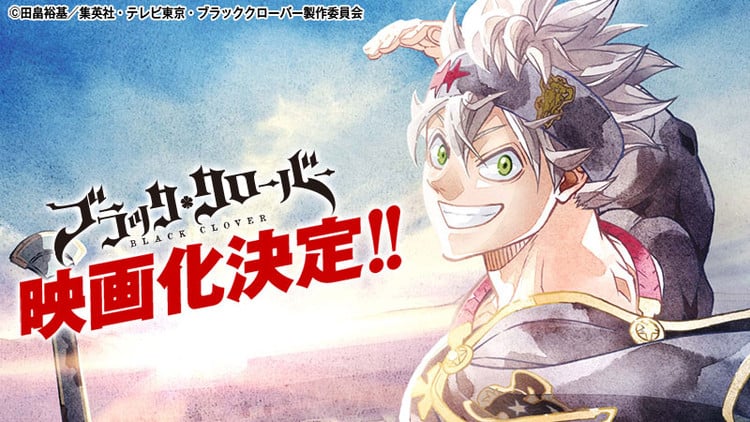 An action, Comedy, Shōnen jump, Fantasy anime film which will come out on the 31st of March; this movie and produced by Studio Pierrot and directed by Ayataka Tanemura.

The original Black Clover manga by Yūki Tabata started in 2015 and has collected 33 tankōbon volumes as of 2022.

This storyline will follow Asta as he fights his way to becoming the Wizard King. Sword in hand, he must now battle the past ruthless Wizard kings who have been resurrected by the Imperial Sword and are out to destroy the Clover Kingdom. 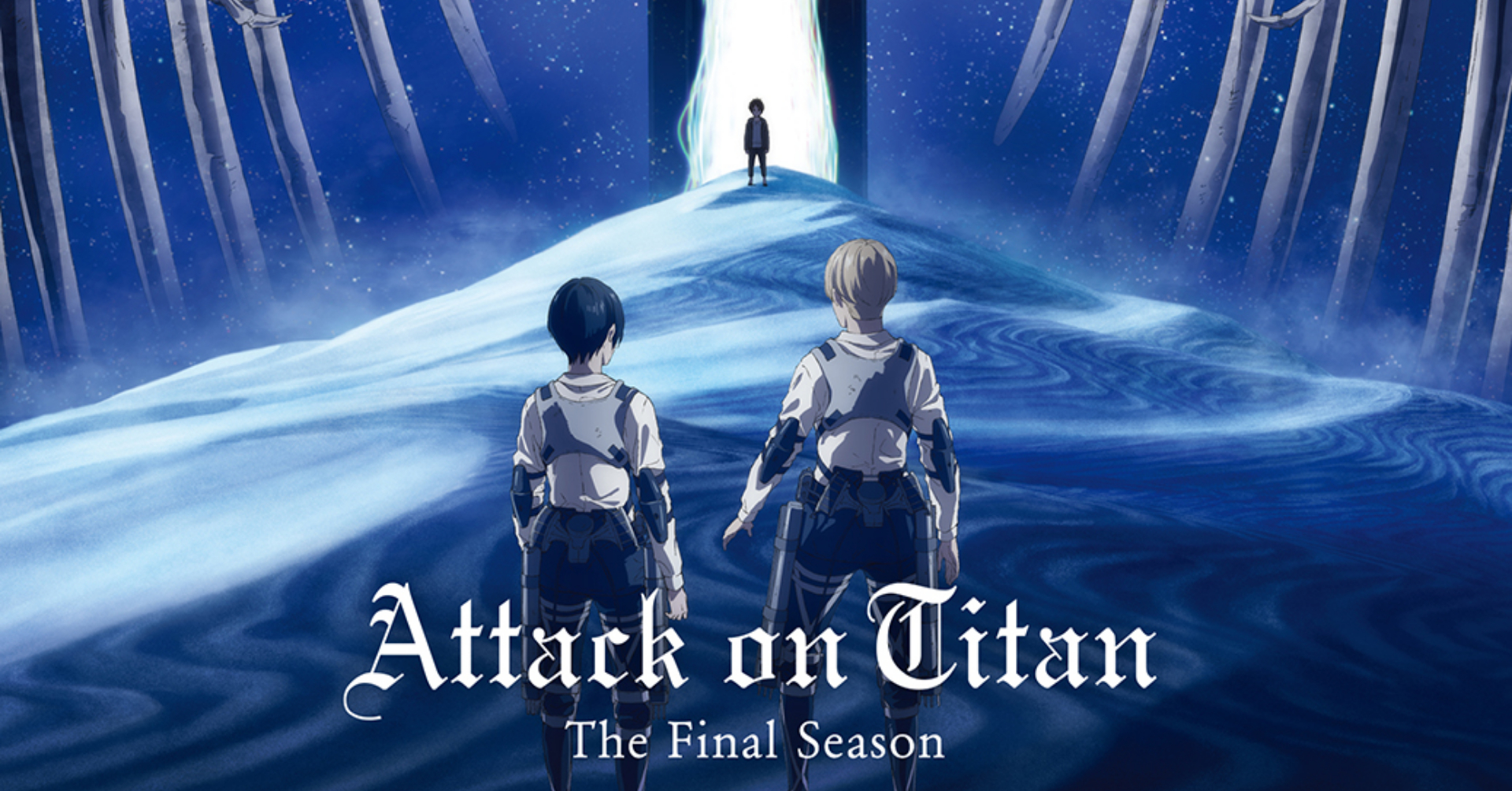 This anime is an action, fantasy, sci-fi, and Shōnen series. Since season 4 part 1 dropped off in 2020, the final part of season 4 of Attack on Titan has been greatly anticipated by many.

Finally, we can look forward to seeing the final result as the anime’s episodes are going to be released in sections throughout March starting 4th March 2023, and will be ending the finale episode in April, Both written and illustrated by Hajime Isayama, the base manga of the same name started in 2009 and ran until its 139th chapter in 2021; the first season of the anime was released in 2013, just four years after the original manga.

The story is set in a post-apocalyptic type of period, where people live hidden behind huge walls to protect themselves from the giant man-eating creatures outside the walls known as “Titans”.

The main character of this story is Eren Jaeger, who swears to train hard to exterminate all of the titans from the face of the planet after they destroy his hometown and kill his mother. However, things are not always as they seem as the story gets darker and digs deeper to reveal that Eren is more involved than he realizes…

Now the finale will conclude the fate of the show and the characters!

That concludes our list for the first half of the year.

We hope to see you back for more of our exciting choices in Upcoming Anime 2023 part 2!

Her fixation on coffee and cats can only be rivalled by her passion for anime and cosplay! A die-hard fanatic of anything Japanese, Janelle lives to explore, learn, and educate others on these captivating cultures. She can generally be found snuggled in her comfy PJs watching anime while making cosplay costumes and drinking coffee.