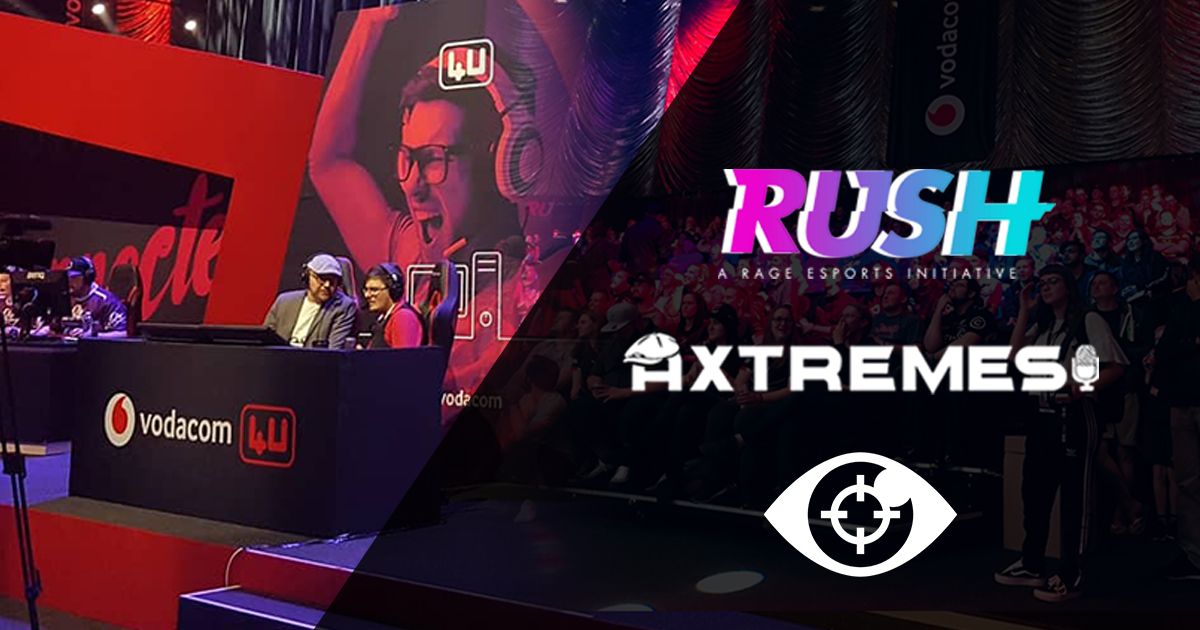 I tend to write quite a variety of content here on GameNation for my weekly article. There have been many pieces on Counter-Strike and Bravado Gaming. I’ve done guides to casting and correct microphone choice. You’ve seen the pieces covering less well-known esports like Sim Racing. Articles about events. Previews of upcoming events. All sorts of content. My thanks to the GameNation team for giving me the space to write whatever I want. So I’m going to invoke my “whatever I want” clause and go with something more along the lines of a blog for this piece. Let’s take a look back at Rush Esports from my perspective.

Friday started pretty early by esports standards. I’m always up late with casts or writing, so having to leave the house by 7:30 am to make it to the Sun Arena in Pretoria from Johannesburg on time hurt. A lot. The traffic wasn’t too bad but I still got there a little later than planned. Heading into the first game of the day for the Vodacom 4U CS:GO Cup, I was far more energized than my lack of sleep should have allowed. The legends from the Mettlestate team had been contending with a plethora of technical and logistical issues. Most of them totally not Mettlestate’s fault. They did a sterling job pulling everything together and allowing us to go live just about on time. Their energy, despite lack of sleep and their long hours of prep, made me excited to get stuck in. Of course, the overall stage and production were superb. Rush itself was looking awesome, even if it was still lacking a little in foot traffic owing to it still being during work and school time.

It was my first time at a large LAN casting with Shaun “Profeci” Murrell. We had covered the Leetpro 1337 LAN in Nelspruit together earlier in the year, but this would be the first big event. I’ve got to give the man some plaudits. Having come from casting Dota 2 and mostly being placed on analysis panels for CS:GO, he’s come a long way in 2018 as a Counter-Strike caster. I do think he is currently the best analyst in the country and right up there as a colour commentator. His preparation is meticulous and sometimes borders on crazy. Shaun watches demos and compiles statistics with a vigour no other broadcast talent in the country can match. It shows when he’s on the microphone. As a bonus, I’ve gotten to make the transition to play by play commentary which has been a lot of fun. 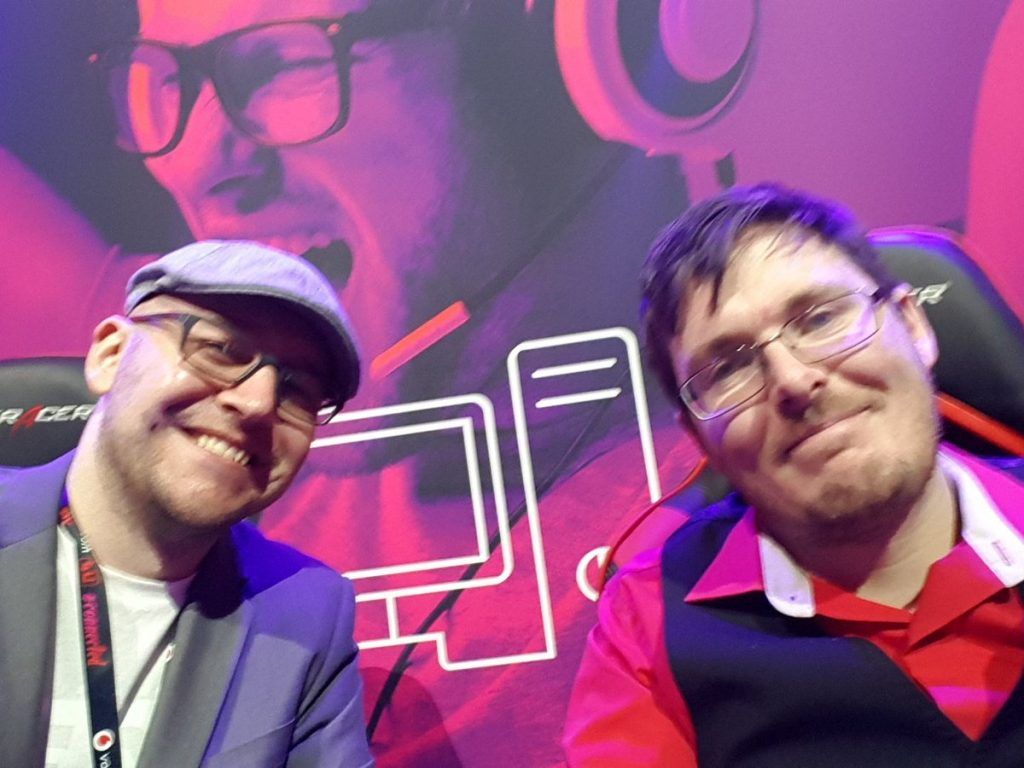 First up at 10:00 am was Energy eSports vs eXdee Gaming. The eXdee squad were essentially a mix team as they were included as a late substitute for Good Gaming who were unable to attend. As predicted, Energy destroyed them. For a commentator, it’s always tough to cover the games that are so extremely one-sided. You need to maintain an upbeat attitude even if one team is taking a lot of pain and the other is just cruising. It’s about keeping it light, but without disrespecting the losing team. There’s still got to be hype moments, even if in the context of the game they perhaps don’t matter as much as in another match. Not an easy balance, but I felt like we got it right.

Match two was Leetpro Esports vs WRG Amaryllis. Another, probably even more extreme whitewash. There were some positives to take out of it on map one for Amaryllis, but map two was quite a drubbing. This was even tougher to cast. Plus my coffee was starting to wear off. It’s difficult games like this, that really help you improve as a commentator. I was happy with the cast in the end, even if it wasn’t quite as positive in our approach as I would have liked. The crowd were certainly ready to go and did plenty of shouting in both matches, even though it was still early in the day for the tournament. That was my time done, however.

I had to get back home with some haste to be able to cover the ESL Southeast Europe Championship Season 7 Semi-finals. Profeci and I have been casting it all season and had signed on the dotted line long before anything had been heard of Rush. Unfortunately for Prof, he had to stay at Rush as Geemax had some issues getting away from work to cast the afternoon’s matches. Super sub Prof to the rescue. Fortunately, I managed to get PenguinZAto help out and carry my sorry ass. I was so broken from lack of sleep and the shouting of the casts earlier in the day, that I had to keep my voice down to avoid losing it entirely. 🙂 By 10:30 pm my casting day was finally done!

It was back to Rush on Saturday morning to cast Quake for the first time. This was another tournament I’d agreed to do before Mettlestate’s CS:GO tournament had been announced. While I would have loved to continue covering the Counter-Strike, I’m really glad I got to delve in the world of Quake Champions. I loved every minute of it! Matthew “Haz3”Stott was a pleasure to work with as always and really dedicated himself to learning the game. I enjoy watching Quake anyway, so I came in with a little more foreknowledge than Matt into our preparation. I didn’t quite get the prep time in that I wanted on Thursday as I had to do a lot of travel that day, but I was still pretty confident going into it.

We consciously employed a more hype-oriented style than you’d usually find in Quake commentary. The idea was to play to the spectators more and let them feel the excitement around the action, whether they were there live or on stream. We were really happy with the result. The feedback from the players and the audience was very positive, which felt good. Of course Stephen “Ph4ntom”Cloete dominated proceedings and won the whole thing in style. It was a superb effort from Byron and the MSI Marketing team in putting the whole thing together with lights, a big stage, a sick setup and a slick stream. They’re not even a tournament organizer, but they pulled it off really well and overcame the typical Early Access bugs the game threw at us earlier in the day. I had a blast casting seven matches in a single day! 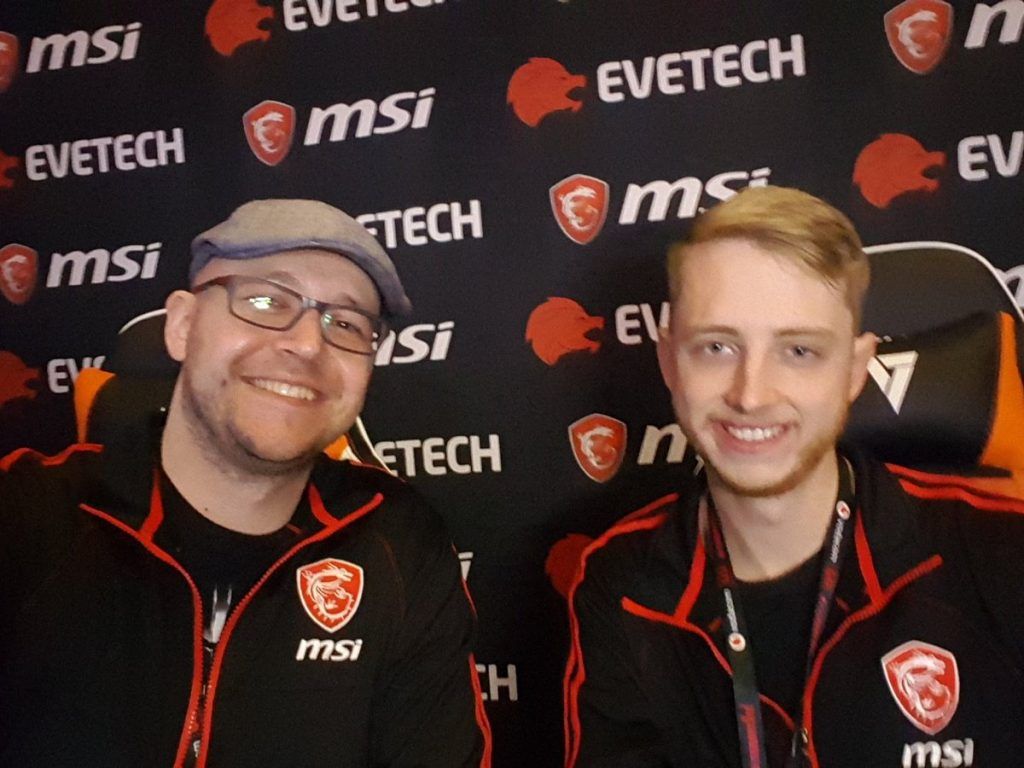 The double-elimination matches in ESL SEC were scheduled for that night. Thankfully Profeci and PenguinZA saved my voice and my sanity and ably covered those, with it finishing before we were done with the Quake Final. Having to cast ESL that evening would have added some pain to an already fairly brutal schedule. Thanks guys! Sunday I had other plans and decided to skip Rush. I felt like I’d earned the day off. 😉

There’s a couple of days in the life of an esports commentator over a busy weekend. I didn’t go into too much detail, but I thought getting an insight into some aspects might be interesting. Let us know if you like this style of content. Perhaps I’ll do something similar after the next event.