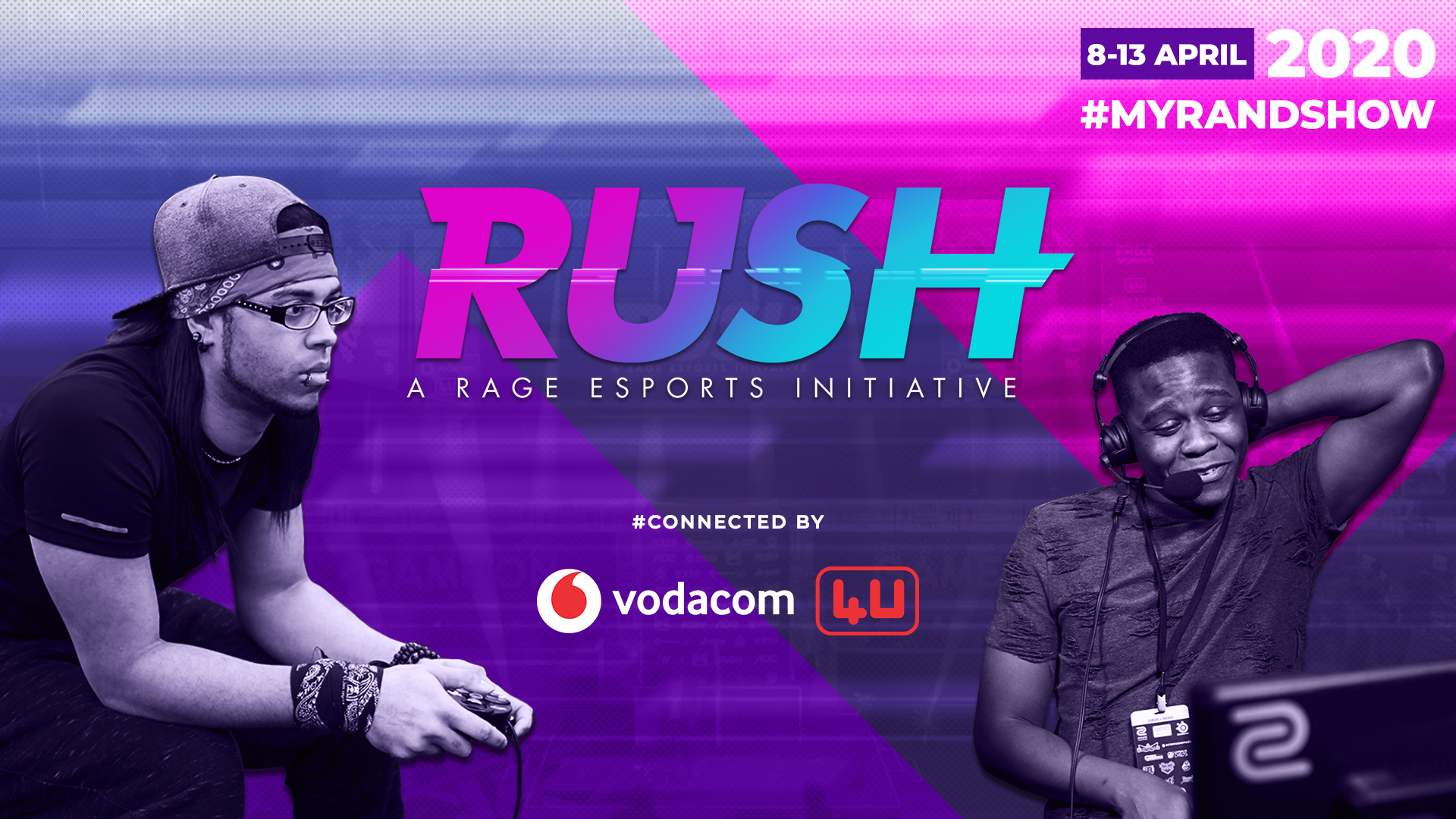 The 4th edition of Rush Esports is set to join forces with the new-look Rand Show 2020. The Rand Show will have something for everyone, featuring six dedicated zones and a diverse mix of events, activities, and interactive experiences.

NAG will be bringing the Rush action to Play Zone 2 and will feature a variety of video games, gadgets, tech, esports, and cosplay, plus a feast of other geek and pop culture delights. Local esports org Mettlestate is collaborating with Rush to host a series of competitive game events at Rand Show 2020’s Festival of Gaming

RUSH ESPORTS PARTNERS WITH VODACOM 4U ONCE AGAIN

Ulanova Visser, Marketing Director of Vodacom 4U, says, “We’re very excited to be bringing the Rush esports tournament to the Rand Show and bringing the whole event to life. The Vodacom 4U team is counting down to showtime because it’s going to be a gaming experience the fans will be completely in awe of. Brace yourselves!

“Rush is very fortunate to have such a progressive partner like Vodacom 4U involved in esports,” says Michael James, publisher, and owner of NAG and Rush. “In the future, we’ll look back at companies like Vodacom 4U, and ventures like Rush as one of the true starting points for bringing South Africa closer to the current international esports scene.”

Hardcore, amateur and casual gamers will have plenty of opportunities to join in on some competitive fun, so visit www.rushesports.co.za for all the details on the tournaments as well as mettlestate.com to register to compete in the tournaments.

Entry into the Festival of Gaming and Rush is free but you will need to purchase a ticket for the Rand Show online or at the door.