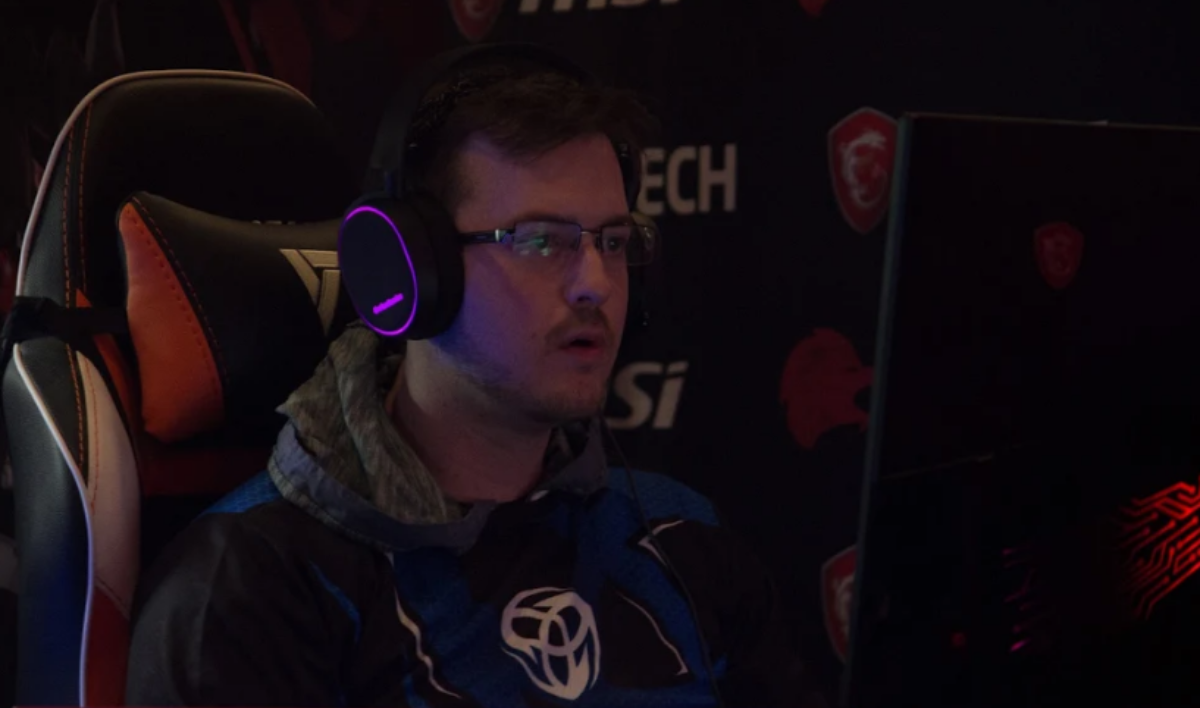 It’s rAge Expo 2018 weekend and with it comes esports. Perhaps not the usual CS:GO or Dota 2 that you might be expecting however. That all happened at Comic Con Africa just a few weeks ago. Rather, it’s MSI coming up clutch with the second edition of their own Quake Champions tournament. The MSI Quake Champions Duel Cup at Rush was a very slick event and the biggest Quake tournament the local community had ever gotten. Now with the MSI rAge Champions 1v1 Duels, the hardware manufacturer’s intrepid local team is upping the ante and promising an even more professional and polished show. With prizes including an MSI Gaming Notebook and a MSI GTX 1070Ti, the players are understandably excited to get stuck in.

I was privileged enough to cast my first Quake tournament at Rush and absolutely loved the experience. The very vocal crowd seemed to agree as well. I’m really looking forward to seeing local gamers getting to experience Quake as an esport, probably for the first time for many of them. MSI rAge Champions will be one of the relatively few esports events this year at rAge, so it is likely it will attract some attention, as well as the usual array of random people just desperately looking for somewhere to sit down. Either way, this is Quake Champions’ opportunity to be front and center and gather a bit more of the limelight than it usually receives locally. I feel it is well deserved. The local Quake community has been incredibly welcoming to Haze and I as casters. They’ve also been very grateful to MSI, and a few weeks back to VS Gaming, for hosting tournaments. What a great bunch of people.

The beaten finalist in the last two tournaments, Travis “Shase” Weedon agreed to chat to me about the tournament, his prospects and his opponents. It’s a spicy one.

axtremes: With the top 8 decided, your first match is against MaddMatt. I’d think you would have been preparing for Dr4ma, who unfortunately had to drop out last minute. Does that change anything in your preparation? Will you be trying to study up on Matt or just play your own game?

Shase: Last night I actually had a dream I was playing against Dr4ma in our RO8 game. It was on Ruins of Sarnath which I’m confident he would have chosen against me. He was giving me a good run in that dream, pity we won’t get to see it for real! It doesn’t change anything in my preparation which is really just about getting myself to the highest level of Quake I can. Right now that means focusing on item control and appropriately timed aggression, which I think is a weakness of mine, and then of course a few tricks here and there.

axtremes: One of AdrenalinZA and Goat is your likely opponent in the Semi-Final. who are you expecting to be up against and why?

Shase: Chances are it will be Adrenalin. Goat would have a real good chance here if he had another month or three to practice, but as it stands I don’t think he’s accumulated enough experience to take this one, this time.

axtremes: Are you expecting to make it to the final and face Ph4ntom yet again? Is there anyone that can stop Ph4ntom before the final?

Shase: Odds are that’s what we’ll see again. That said, I think this will be a much more challenging path to the finals for Ph4ntom than Rush was for him. He will face Cyan1d3 and then the winner of Void and stat1c. I believe each of them can give him a headache on a bad day.

axtremes: Are there any players in the cup you think viewers should keep an eye on outside of yourself and Ph4ntom?

Shase: Cyan1d3 is currently a man on a mission, putting in plenty of practice to the detriment of his personal life, no doubt. I think his EU duel ELO is currently the 3rd highest in our community. I think he’s probably the most likely to take Ph4ntom aside from myself and he’ll have his shot in the first match of the tournament. He just needs to work on avoiding obvious suicides when his opponent has a strong presence on the map.

Void vs Stat1c is easily the most evenly matched game in the RO8 so if you’ve only got one bag of popcorn on Friday, this will be the time to open it. Part of me says Void will win because he has more proven tournament experience in QC so far and he’s come out on top of stat1c in the VGL online legs. Another part of me says stat1c wants this more. If I were the booky, I would give 60:40 odds in favour of Void and then I would bet on Stat1c.

Adrenalin is a gentle giant that should never be taken too lightly. While I do expect to face him in the RO4 and I do expect to beat him, I also expect him to put in a few good punches.

axtremes: Do you think Ph4ntom will be at all affected by lack of practice as he’s away in Cape Town this week without the ability to practice?

Shase: Not significantly, no. I think it’s enough to make him “cold”, but not enough to deteriorate his game, he’ll have an hour and 15 minutes before his first match on Friday which should be enough to have him feeling right as rain. Then he has a whole Friday evening at home to carry on practicing for the RO4 and final matches should he choose. So no, I don’t think it will play enough of a factor to be a valid excuse for him when he loses. 🙂

axtremes: Describe yourself as a player. What makes Shase a dangerous opponent? Is there anything you’re comfortable sharing that you feel you need to work on?

Shase: I think the most dangerous thing about myself is my ability to step away from myself and coach myself after a bad series of games. Why did I lose? Was it because his aim was just that good and there’s nothing I can do? No, it’s never this. What was it then? The ability to answer that question accurately and work on the mistakes in my game is something I think I can do better than most. I don’t always come up with the right answers straight away, but I will find them in the end. That’s why I know it’s only a matter of time before Ph4ntom gets to taste that silver medal.

axtremes: Will you be preparing something special for the Grand Final – assuming you make it of course? Can Shase finally overcome Ph4ntom?

Shase: There are no guarantees on absolute results that I can make, but I can guarantee that the level of SA QC in the predicted finals at rAge will be higher than any other finals we’ve seen thus far. Whether Ph4ntom steps up to that plate with me or not is up to him. 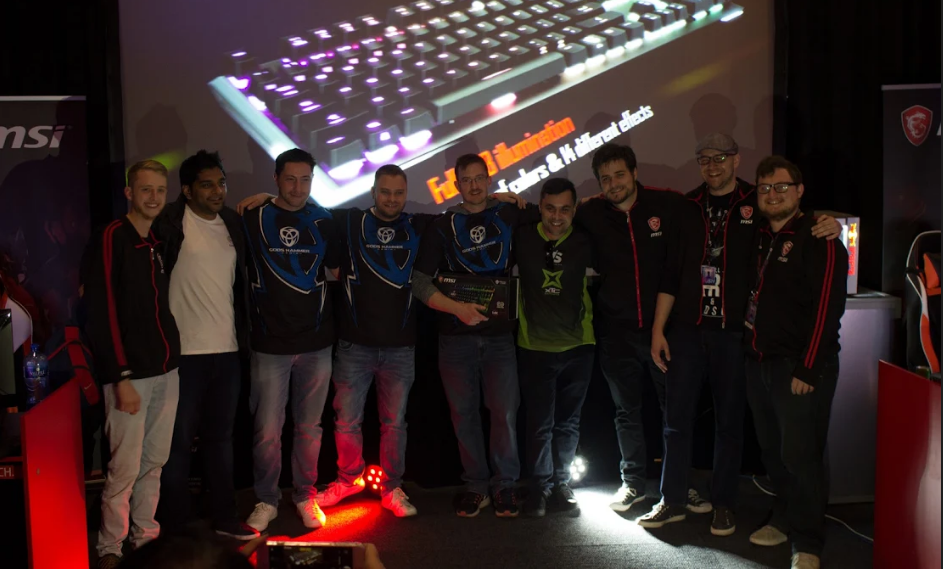 axtremes: What’s it been like to be a part of Energy eSports?

Shase: It’s been fantastic! It’s such a privilege to be part of this team and gifted with many things that make a competitive life easier. I had to thank the great spaghetti lord that I didn’t have to carry a desktop PC all the way from my Car to the LAN area at Comic Con, which was thanks to the MSI laptop provided by Energy. It’s also great to have support from the guys spectating and assisting between games, especially after a loss when I’m in a miserable mood. Anything to make the environment a little more homely is something that will make my games a little easier.

axtremes: What do you think about the future of Quake Champions as an esport in SA?

Shase: I think it could be huge, with future modes set to focus more on team play which we all know SA is all about. I think this is looking like it is just a great beginning to a great future of Quake competition in SA.

axtremes: Do you think there’s an age limit to be a competitive Quake player at the top level?

Shase: A lower limit or an upper limit? Funnily enough I think Quake has more of a lower limit than an upper limit which is the opposite of most competitive games, especially first person games. Quake is quite unique due to the depth of skill required. You see this in the age of the top competitors around the world. The youngest at the very top is clawz in his early 20’s, and even he has a ton of experience dating back to Quake 3/Quake Live days. Most top players are in their 30’s and this is purely due to how important experience is in Quake.

axtremes: Anyone you’d like to thank or give a shoutout to?

Shase: A huge thanks to all the sponsors that are making QC at rAge possible: MSI, Evetech, Western Digital, Corsair and Antech. Big thanks also to Energy eSports’ sponsors Steelseries, MSI (Again! these guys are too much!) and LG. Of course thanks to you and Haze for making this event the show that it deserves to be!