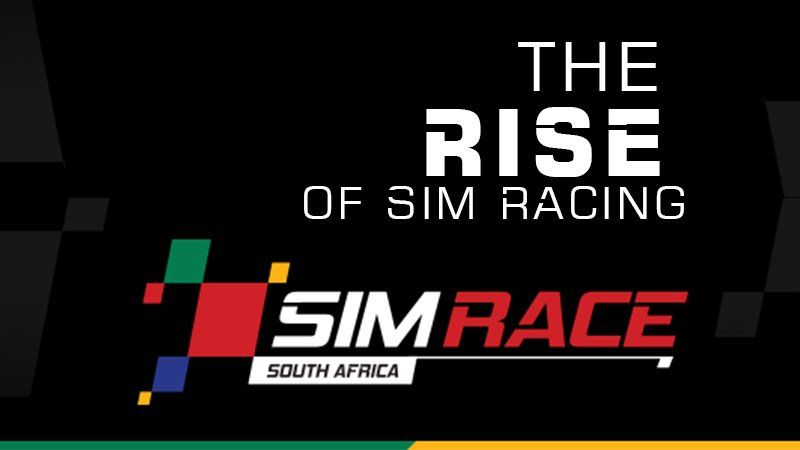 Sim Racing. Is it really an esport? Of course it is! While this entire genre of esports games doesn’t often get mentioned in the context of South African esports, it’s on a big upward curve internationally. As a lifelong motor racing enthusiast, I find it fascinating. Let’s take a look at how it is faring internationally and then put the focus on the local Sim Racing scene by talking to hometown heroes, Sim Race SA

Formula 1: the real and the realistic

2017 seemed to be the year Sim Racing suddenly broke into the public consciousness of racing fans. Yes, I mean real world racing fans not esports fans. The Formula 1 Esports Series held their inaugural championship, with the races being shown on television as curtain raisers ahead of actual F1 races. The final round of the F1 Esports Series was staged at the Yas Marina circuit in Abu Dhabi the day after the Grand Prix series finale. The F1 Esports Series was clinched by 18-year-old Brendon Leigh of Great Britain in a thrilling race. It was, in my estimation, far more action-packed and exciting than the real thing the day before. In 2018, the official F1 teams aresetting up their own esports teams to take part in the F1 Esports Series.

Also in the world of F1 in 2017, the McLaren Formula 1 team held a competition they called The World’s Fastest Gamer. The prize was a contract as McLaren’s official simulator driver for a year. Being a simulator driver is not a game by any means. With in-season testing restricted in the F1 world, simulator testing is how teams trial new parts and modifications to improve their cars in the real world. Rudy van Buren (25) of Holland walked away with the title. He is a former junior karting champion that ran out of financial backing as a youngster and had to give up his racing dreams. Winning the World’s Fastest Gamer allowed him to find his way back to a real racing career nearly a decade later. You just can’t script stuff like this! 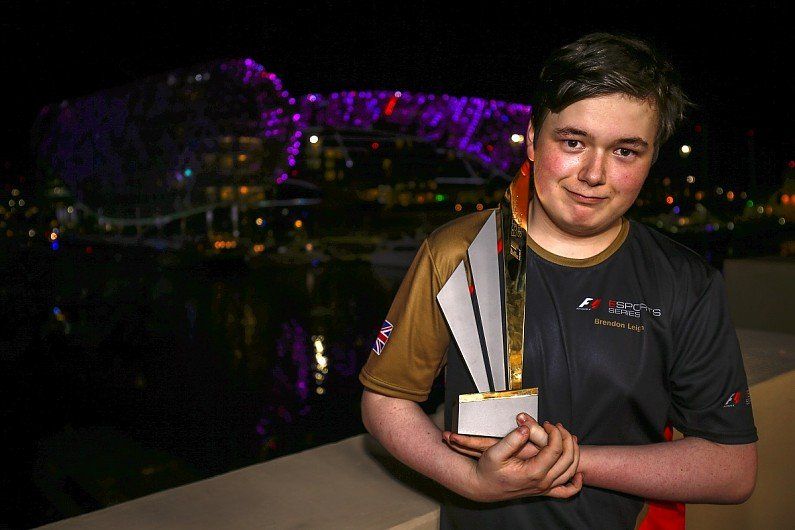 You’ll see a common theme in Sim Racing. Often times, champion Sim Racers go on to a fruitful career as real racing drivers. Probably the best example of this would be Jan Mardenborough who won the Gran Turismo GT Academy competition in 2011. He won a contract with Nissan’s Nismo Racing and has gone on to a long and successful career as a racing driver across multiple formulae. This is where Sim Racing Differs from other esports. The skills are directly transferable to real life. With some physical training, a Sim Racer can compete against real racing drivers. There is no other esport that has this level of synergy between the physical and the virtual. I think that makes it highly attractive to sponsors not just within gaming and esports, but those within the automotive world. It’s an exciting space for advertisers to get involved in.

Double Formula 1 world champion Fernando Alonso certainly is. Earlier this year he established his own Sim Racing Esports team in collaboration with esports stalwarts, G2 Esports and Logitech. FA Racing G2 Logitech is competing in multiple top-level Sim Racing disciplines throughout 2018. F1 drivers and F1 teams are starting to support Sim Racing as an esport. The likes of NASCAR are looking to enter the fray too. Sim Racing has certainly made itself into an enticing prospect for mainstream motorsport, which I’d wager guarantees it a very bright future.

How about locally? For the last six years, Jason Holden-Jones has run Sim Race SA with unwavering dedication and seemingly boundless passion. This man’s enthusiasm and love for Sim Racing is infectious. You just can’t help but get excited with him. Sim Race SA have put together some very well-run local Sim Racing championships and are almost single-handedly pushing the scene forward.

I did a fascinating interview with Jason as well as two of his senior team members, Gert James and Gabriel Rossouw. It ended up being a little longer than I’d hoped because of what a good conversation we had. In written form it would make inclusion here a little difficult. Rather than go that route, I’ve edited the audio interview into a podcast format. I’d strongly urge you to give it a listen. Sim Racing hasn’t been giving the spotlight it deserves locally in my opinion. It’s a truly wonderful esports genre. This was a great conversation.

Taking on the world

What separates Sim Racing from most other esports locally is that it’s actually possible to compete on a fairly level footing in overseas competitions. Ping is less of a factor than in other esports titles. Some of their racers and teams have done admirably on their overseas excursions. I feel like Sim Racing could legitimately be an avenue for SA esports to be competitive on the international stage. In real racing, South African drivers and riders are some of the best in the world. Brad Binder won the Moto 3 world championship, while Kelvin and Sheldon van der Linde have had stellar careers in GT racing. Those are just two examples. We could do the same in Sim Racing. Sim Race SA are at the forefront of that push.

I want to race!

Games like Asetto Corsa, iRacing and rFactor 2 are a good place to start. You’ll need a decent steering wheel and pedals too. Probably a powerful gaming PC. However if the barrier to entry for the most serious Sim Racing disciplines is too high for you, there’s good news. Jason confirmed that they are looking to launch a PS4 racing league for the second half of 2018. Sim Race SA want to make it more accessible, which I think this will help achieve. Look out for that. I’ll also say it again. Listen to the interview. It’ll open you up to a whole new world of esports. I’ll be following what Sim Race SA do with great interest.