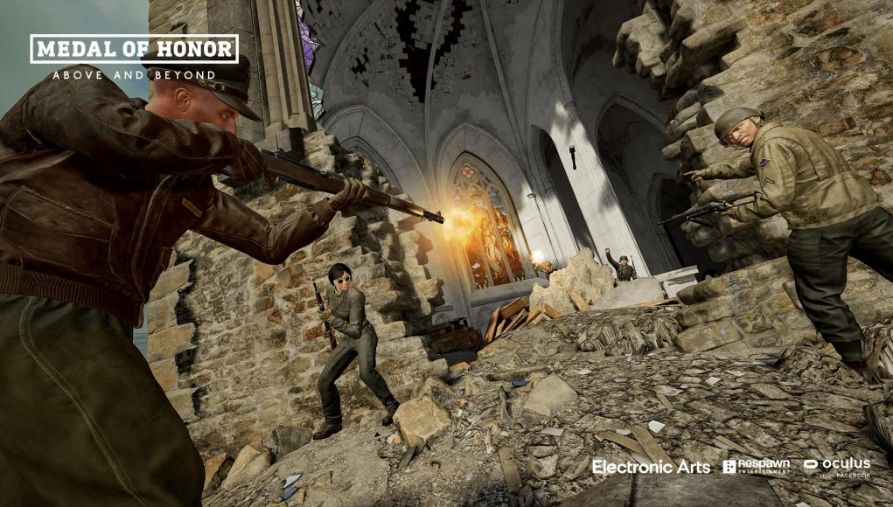 While we knew the next generation of games would push the boundary on storage, however with games like Call of Duty Modern Warfare, we are now in crazy territory as Medal of Honor: Above and Beyond has taken the top spot in being one of the worst optimized games out there.

Specifically, I am talking about the more than 340GB needed to install this VR game, however, Respawn has stated that once the install is complete, the actual space required will be "only" 170GB. The developer ensures that with upcoming patches the required space will not increase by much :(

For a classic VR game the 170GB is going to be a major issue for potential players since earlier this year Half-Life Alyx launched and only took up around 70GB of space after installation. Furthermore, there does not seem to be the possibility of installing only specific portions of the game in order to save space, the game will include a single-player campaign, a multiplayer mode, and a series of documentaries on the Second World War.


Medal of Honor: Above and Beyond is set to launch on December 12th in the Oculus PC store and Steam. It will be playable on Oculus Rift headsets and SteamVR headsets. Oculus Quest headsets can play the game if plugged into a capable PC via an Oculus Link cable.

Medal of Honor: Above and Beyond Recommended Specifications

Do you have enough space for this? Let us know in the comments.