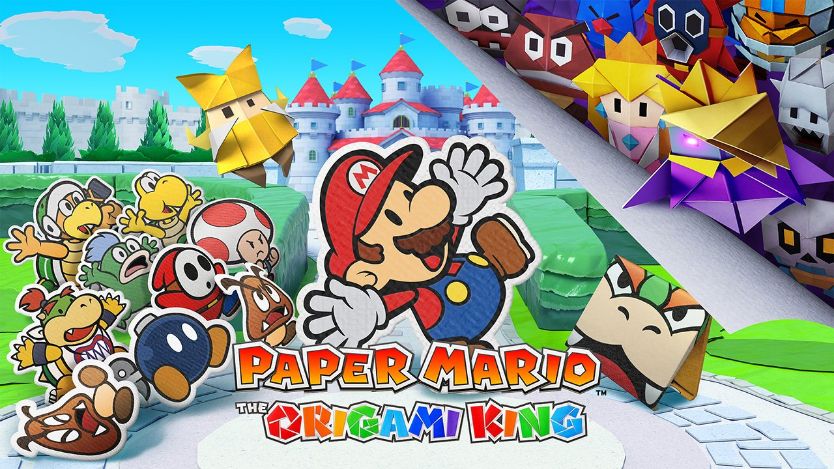 Paper Mario: The Origami King has just been announced for Nintendo Switch with an amazing trailer, adorable images and a release date that will surprise you, the game will be available starting July 17th, yes only two months away.

It seems that King Olly has proclaimed himself the ruler of the Kingdom of Origami and has devised a plan to bend the world to his will. A hero is needed and there can only be one.

In Paper Mario: The Origami King, Mario will face one of his most gripping challenges so far. King Olly has wrapped Princess Peach's castle in giant colored ribbons, transporting it to a distant mountain. He even turned Bowser's henchmen into origami soldiers, to use them for his evil plot.

As Mario is the hero he has a range of new tools that will help him get the better of King Olly. A new ability allows players to interact with the environment by lifting and pulling certain elements to reveal new places, solve puzzles, and discover hidden surprises.

Paper Mario: The Origami King introduces a new combat system based on a ring platform in which players must find a way to align enemies, maximizing damage, in dynamic turn-based battles. One thing is for sure Mario's next adventure on promises endless fun.

Paper Mario: The Origami King is expected to launch on Switch for $59.99.