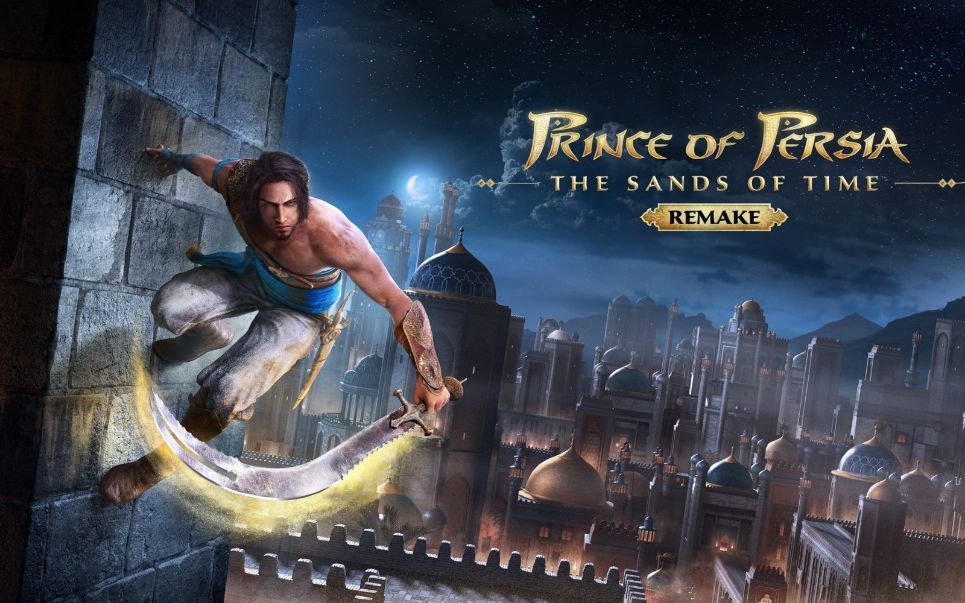 Prince of Persia: The Sands of Time Remake has been postponed by Ubisoft, however a new release date of the game was announced and is now slated for a March 18th, 2021 release. Initially, the game was scheduled for January 21st, though it was heavily criticized at the time of the official presentation due to stylistic choices that do not currently fit expectations.

Atleast now that they have the extra time, they can use it to improve the experience in various aspects, not least the graphical ones. This franchise was a masterpiece and if they do intend to remake it, they need to put as many resources and time into the development.

Game will be available on PC, Xbox One & PS4 (Expected on PS5 and Xbox Series X with Back Compat)

Below you will find the official message translated from the developers regarding the postponement:

During our Ubisoft Forward digital conference, we proudly announced Prince's return from Prince of Persia: The Sands of Time Remake. We are excited to be able to put this game in your hands again as we retell the story of Prince and Farah in the amazing 11th century Persia. However, 2020 was a year like no other. Today we would like to inform you that we need more time to complete the game. With that, the release date of Prince of Persia: The Sands of Time Remake has been moved to March 18, 2021. We believe this is the right decision to ensure we deliver a game you like.

Thank you for your patience and continued support of the Prince of Persia, and we hope you remain safe and healthy during this holiday season - Developer team 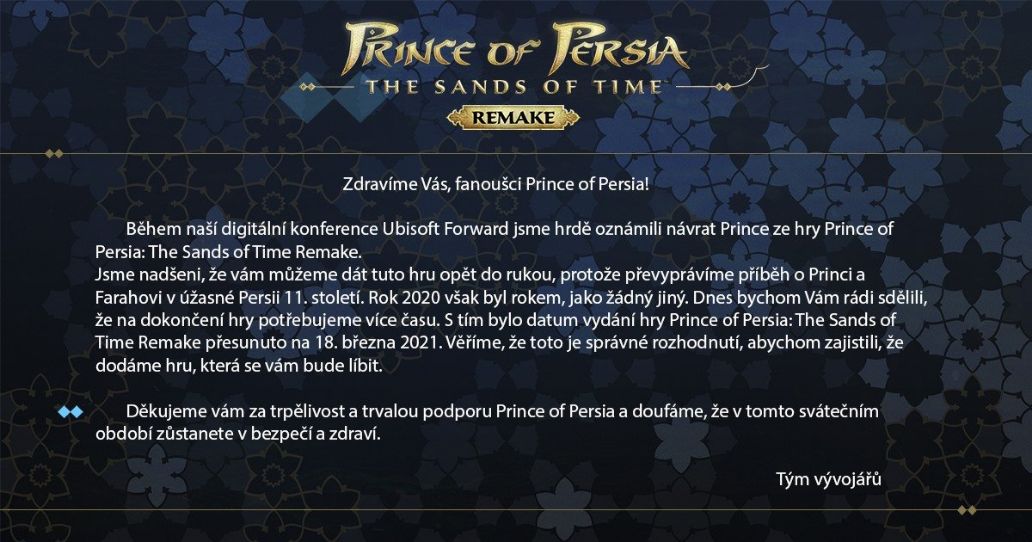